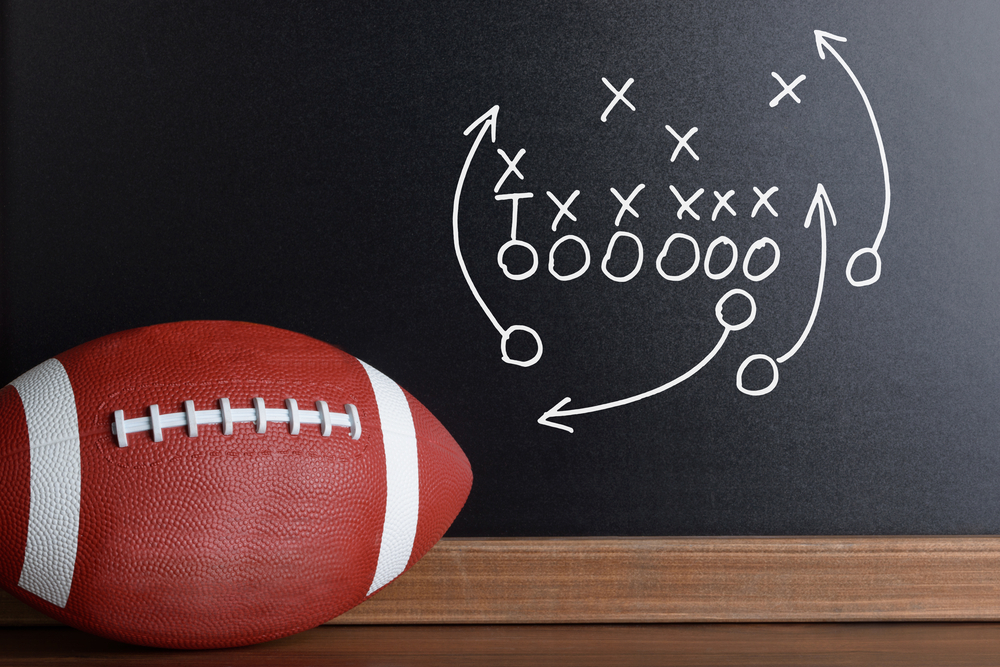 Well, the last football play we saw was a Hail Mary that fell incomplete as the Philadelphia Eagles defeated the Patriots to win the Super Bowl. Fast forward to a couple long months, here we are guys, back at it, the start of the NFL Preseason.

How are you? I’m sports handicapper Bob Balfe. We’re going to talk to you about NFL Preseason action and how to wager on NFL Preseason games.

Now, for starters, remember, they’re just exhibition plays. A lot of people, they got that itch to start gambling again and of course, it’s been six months since the last football game, but they’re just practice games. Coaches don’t care about winning or losing. The fans, the media, they’re not getting on them about winning or losing. Nobody cares.

With that being said, also, the game is changing. You’re seeing a lot more penalties for high hits, hits with the helmet. You’re seeing the NFL PA protect these players more. There’s less practices during the week, especially with the helmets on. So there’s not a lot of time to really evaluate talent. So the little bit of time that these coaches have, they’re gonna be going to their third and fourth stringers to say, “Hey, are you good enough to make this football team?” So again, it’s changing. It’s not about like winning, the first unit going in there and getting a lot of reps. That comes in like the third week of the Preseason, but if I’m a coach, I just want my guys healthy because for the most part, they know who’s going to make this team outside of a handful of a couple of players.

And also, Special Teams are big in the Preseason, but even that is being changed. They want to, in the future, do away with the kickoffs and stuff like that. Whether you like it or not, which I don’t really like, but it’s really not up to me, the game’s changing and in the next couple of years, it’s going to look totally different as the game evolves. It’s just the way it is and you have to adapt. If you don’t adapt, your handicapping skills in the past mean nothing in the future because if you look back at our long-term NFL Preseason record, I would match it up against anyone in the world.

As you guys know who have been with me for a while, there’s been Preseasons we’ve gone 13 -1, 10 -1, 11-1. We always do great in the Preseason, but the game is changing and that could change this Preseason.

So, I’m gonna give you a couple tips on how I approach the NFL Preseason and the first one being the offensive and defensive lines. You gotta go back to last year. And you gotta look at the game splits. You gotta see. These guys that are on the offensive line for the little bit of time they’re playing were A. Were they with the team last year? Are they in their natural positions this year? That’s the kind of stuff you gotta look at, also on the defensive line.

When you have five guys on that offensive line who have played with each other for a bulk of time, it makes all the difference in the world and when you don’t- Tom Brady is no better than Brady Quinn. And if you ask anyone around the NFL, they’ll agree. If you got Tom Brady back there with third string guys, he’s gonna look awful. If you got Brady Quinn out there, with first string guys, he’s gonna look like Tom Brady. There’s not a lot of difference between talent in the NFL. And I say this all the time, the best quarterback in the league is not that much better than the worst quarterback in the league. It really is true. It’s just a fraction of a difference. I mean, it makes all the difference in the world, but that orchestra up front, if that’s not in place, the quarterback’s no good. So you have to look at that.

Then of course, you look at the quarterback rotation. That helps ’cause you want to look, okay, is there- is the starter gonna be playing? Okay, he’s out. And you got two rookies in there. Okay, that’s not really a team you want to bet on, especially if the offensive line isn’t there. So you gotta look at the quarterback rotation. Obviously veterans in this league, guys that used to be starters that are now backups. It’s like a piece of cake when they’re playing in the Preseason ’cause they know coverages and everyone plays vanilla defense in the Preseason, so it’s a lot easier for them.

Next is the injury report. The injury report is big because the coach, you know, they have their press conference and you gotta go to the team website or uh, whatever newspaper is in y- in the area of the team that you’re lookin’ at and you want to find out who’s playin’ or not. The coach’ll tell ya. This guys in, this guys in, he’s iffy, this guy’s out. You’ll know and you gotta chart that. And you do- this is all stuff that applies to the regular season as well.

So, it’s not hard, NFL Preseason. It’s basic. You gotta plug in who’s playing, plug in who’s not, and you evaluate from there. And then you look at the lines and you break it down and then you figure out, okay, is this worth it to play? Remember guys, gambling is very hard.  If you have a great football season, which we did the other year 60%. Think about that. You’re doin’ all this work to hit 60% of your winners, in school that would be a failing grade. So, you’re gonna lose a lot of games to- throughout the year. You want to minimize your odds of losing. That’s how you win in this business and slow and steady wins the race.

Now, what you have to do when you wager on sports in the Preseason is just back that bet up a little bit. If you back $100 a game, let’s say, drop that down to a third. Go to about $33 a game. You don’t want to lose a lot of units going into the regular season. Nothing worse than starting week one in the hole because you tanked out in Preseason and guys that are now pumping gas cost you a couple games. It’s not worth it. Remember, exhibition games.

And if you can, you know, try to get first half lines and a lot of books don’t offer them, but if you can, you want to play the starters and they’re typically gonna play in the first half of these games and then the second half guys that come in, a- anything can happen. Totals and you want to look at the weather. Sometimes you can find good overplays, good underplays in the Preseason based on what I talked about earlier about guys who aren’t playing. If the weather’s bad. If a team that doesn’t really play on turf has to play an exhibition game in a dome on turf, they tend to kind of take it easy.

You also want to look at, before you place any wagers in the NFL Preaseason is, are these teams gonna play in the regular season and if they are, you want to pass immediately on that game because they’re not going to show each other anything. So just wipe that right off your card. Maybe you could find a good total on the under if- if it fits, but typically when I see a team that’s playing a team later on in the year, I just toss it.

So, there are a couple tips guys, to bet NFL Preseason action. Like I said, in the past, uh, have a great records in the Preseason, but I don’t know if that’s going to continue with the way the game’s changing and these coaches just don’t take it seriously anymore. And I don’t blame them. I wouldn’t either if I was a coach just because it’s not worth getting your guys hurt. One injury can cost you a season. You guys have seen it the last couple of years with some of these key players in the Preseason getting hurt.

So, my best advice for you betting the Preseason is have fun. Dial it back. There’s no need to wager a ton- ton of money and remember, one month from today, the games are gonna count. So I’m looking forward to it.

My NFL Preseason football package, 100% free of charge, just click the link right there on your screen. You’ll register for an account. If you already have an account, you just log in, get your picks right there in the member section.